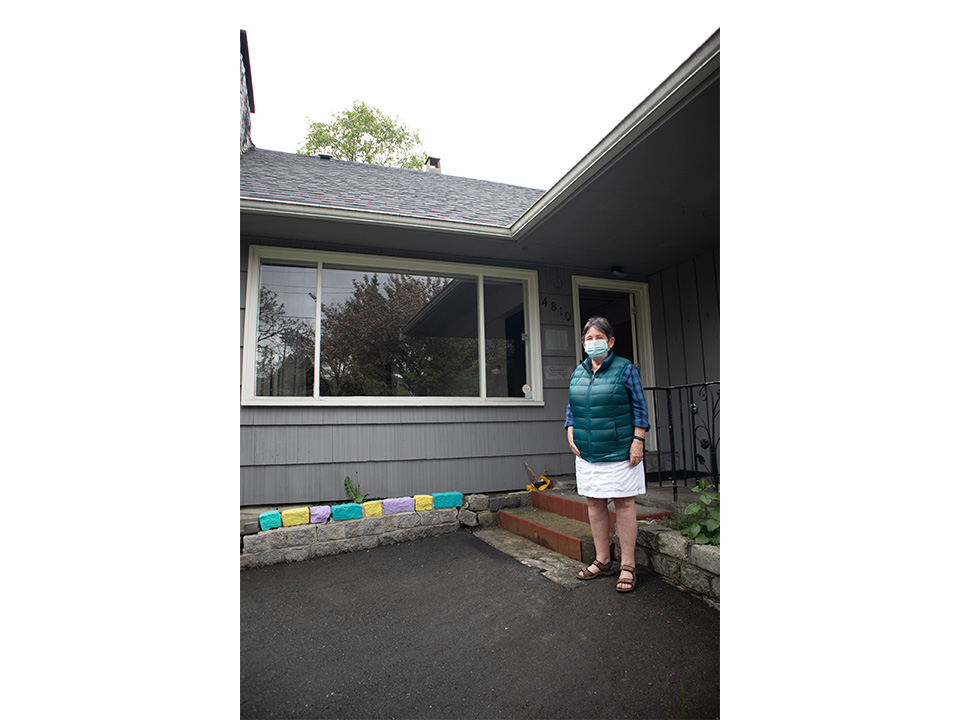 The Next Chapter of a Great Cause

On a spring evening, 33 years ago, I sat at our new, recently purchased family computer. It was called a PC Junior. I was learning the basics of the new technology. Little did I know that this new technological addition would provide an entrance to a new vocation.

I (along with my partner) had been foster parents for nearly a decade and through knowing the kids in our home, I was challenged to find new ways to offer support and stability to these young lives. Many of the teenagers we cared for had already been through 4-10 homes before arriving at our door. Many were indigenous and had lost all connections to family, community, and culture. Their trust had been broken. They were not interested in a new “Mom” or “Dad”. They wanted independence and they needed support.

A friend (who was a Social Worker) told me about a request for proposals for a new government initiative that would provide a licensed facility for foster teen mothers and their babies. These were the Bill Vander Zalm years, a new and colourful premier in provincial politics and considerable buzz around this new proposal.

So I sat at my little PC Junior and wrote from my heart. I spoke of the importance of “beginnings” as it applied to the bonding of mom & baby, of how I would create a home where these young moms could enjoy the comfort of a lovely space, good food, and intimate times with their newborns. The writing was going well. My creative energy was increasing with every page. Then my foot pushed up against a computer cord and the screen went black. I had jarred the cord to the electrical outlet, the proposal had vanished. I don’t remember much of what followed. The warm creative feelings had certainly disappeared. Frustration and anger surfaced and with a “don’t care” attitude I typed feverishly from memory for the next hour. At the end of that hour, I printed the document, placed it in a stamped envelope, and sent it off the next morning.

From late spring to early summer, the proposal was far from my thoughts. I relegated the whole exercise to the bin of activities and efforts that produce little in life. Then in August, I remember the date clearly. On the 8th day of the 8th month in 1988, I received a letter on government letterhead asking me to meet with them to negotiate a contract for the creation of a resource for teen mothers and their babies. To say I was shocked is an understatement but excited yes.

The meetings began and by November a society had been incorporated, a house purchased and $11,000 worth of furnishings had been purchased to fill this new home. The doors would open on January 1st, 1989. The physical work had been completed. Next would come the discussion of the philosophy, vision, and mandate of this new resource. And with that thoughtful work would come the name of the founding program. It would be called Aunt Leah’s House. The name shares a bit of “tongue in cheek”. In my day if a young woman became pregnant (out of wedlock) and her family wanted to save her from the cultural shame then she would be sent off to an “Auntie’s House”.

The name “Leah” was my paternal grandmother. She gave birth twelve times resulting in ten surviving children. Her oldest daughter was also called “Leah” but the nieces and nephews called her Aunt Sis, she neither married nor had children. So the name “Leah” would reflect two paths that the moms we cared for could choose. For many of the moms, we would guide and support their new family into independent living. For the moms, who were not ready for the parenting role, we would support them in choosing an alternate caregiver. Two Leah’s. Two choices for these young moms.

During the three decades of service, we did have one interruption in 2003 when the government contract was cancelled. With the help of the Victoria Foundation and many individual donors, we kept the doors open and for the first time welcomed moms who were over the age of nineteen and in so doing, created a new residential program that today is called “Thresholds”. The cancellation of that contract moved the organization into expansion and today two additional homes for vulnerable moms are included in Aunt Leah’s service. It seemed so risky back then – so scary to trust our supporters to provide the funding we would need to continue the Aunt Leah’s House. In the following years, the government did approach us again, asked us to sign a new contract and the younger teen foster moms became residents again at the Aunt Leah’s House.

Thirty-three years later and at the time of writing our resilience as caregivers is being tested again. During 2020 the challenge of the pandemic restrictions and protocols limited the number of moms we could accommodate in an aging house. Repairs and maintenance costs increased to the point where the board had to make a decision to build a new “Aunt Leah’s House” to provide an updated beautiful space for our moms and their children. Added to these strains, in the fall of 2020, Government shared that they no longer required a residential program for teen mothers.

Thanks to the funding with Reaching Home Canada and the Emergency Community Support Fund through Community Foundations of Canada we were able to quickly shift our service to provide safe and supportive housing to families on our waitlist for our Thresholds Program. Families who were struggling in the middle of a pandemic to be safe and secure. Families already being pushed to the margins of society by existing systems were pushed further to the margins by COVID. We were able to provide a safe caring home for them.

We have begun our first-ever Capital Fundraising Campaign to build the new “Aunt Leah’s House”. The new home will have four bedrooms with attached bathrooms, a large training kitchen, more office space, and a second stage self-contained suite that a mom can graduate into. Once again we will need some help but this time with a financial cushion in place. Together we will continue to provide comfortable beginnings for vulnerable moms and babies. We will help re-unite grandparents, aunts, and uncles and in so doing keep families together.

Be a part of building the next Aunt Leah’s House by contributing to Aunt Leah’s Foundation’s Campaign.